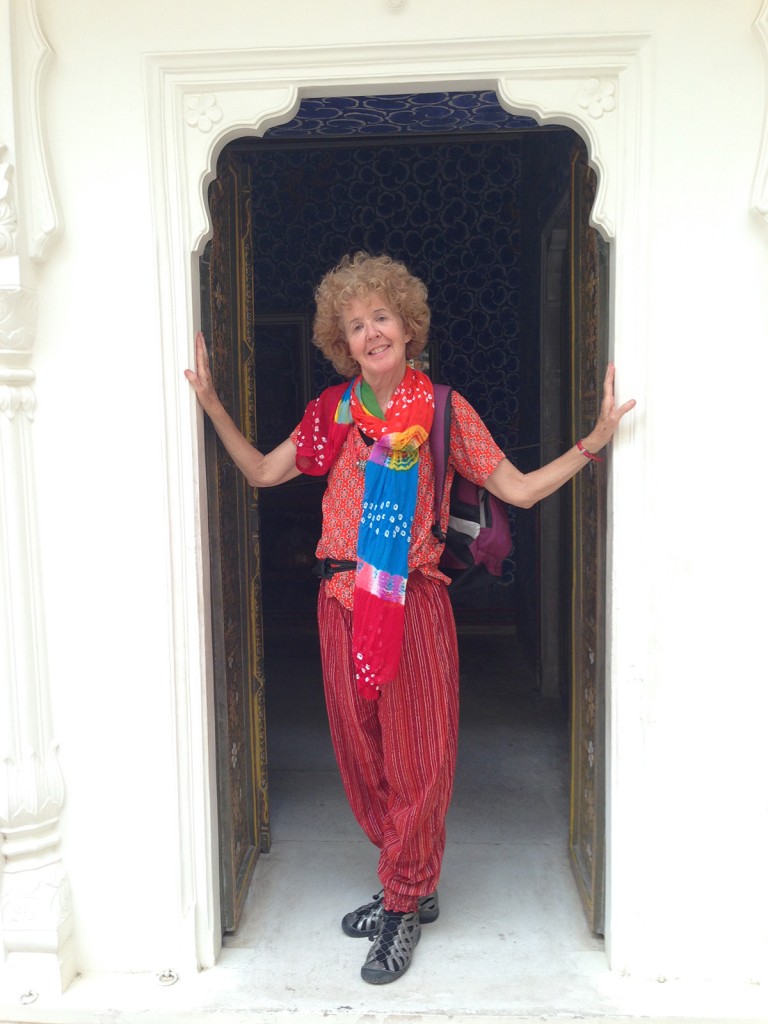 I discovered Sivananda yoga in the 70’s, Jivamukti yoga in the 80’s and became a yoga teacher in the 90’s, graduating from Yoga Mountain , of New City, N.Y. In 1998. I was nationally certified in Therapeutic Massage and Bodywork in 2010. I was also certified in Level II Pilates Mat Instruction by Jonathan Urla. I taught yoga steadily for 15 years, as I was raising my son, and I taught yoga at his school. Soon I was enthralled with combining fairy tales with the yoga and I became busy teaching Fairy Tale Yoga at libraries, schools and I did workshops at Omega, the Institute for Holistic Studies in 2000 and 2001. In 2000, I became hooked on Ashtanga yoga and I’ve been doing a daily practice ever since.

Yoga has been the foundation of my life and has helped me to stay in shape for my costume-dance career. I developed a knack for weaving costumes of frogs, bugs and lizards out of basketry and I created shows and parades around them. My husband, Allynn Gooen, is a balloon theatre performer and we have traveled extensively, performing our shows at international theatre festivals, gardens and museums on five continents.
For 10 years I taught yoga to children at the Hassenfeld Children’s Center, NYU’s Medical Center.  Dressed as a fairy I’d also lead them in arts and crafts projects. We enjoyed playful yoga with the families and it has been a magical and rewarding experience.With our son out of college and on his own, my husband, Allynn and I took a 5 month trip thru India and Nepal. For me, it was a yoga dream. I was overjoyed to experience Ashtanga yoga at its home in Mysore, India at the Ashtanga Research Institute. In addition to yoga in Mysore, Allynn and I both took a course leading past life healing regressions.  In Nepal, at the Ananda Ashram, we learned the Bahir style of yoga and in Rishikesh we attended the International Yoga Festival at the Parmarth Niketan Ashram.  After the festival we stayed to take a 12 day workshop in Kriya yoga.

To view my costumes and other work, please use the link below: